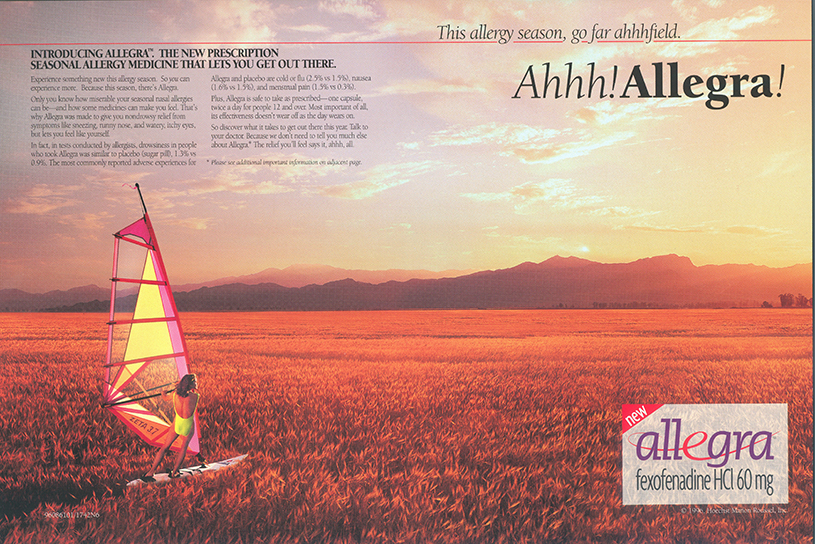 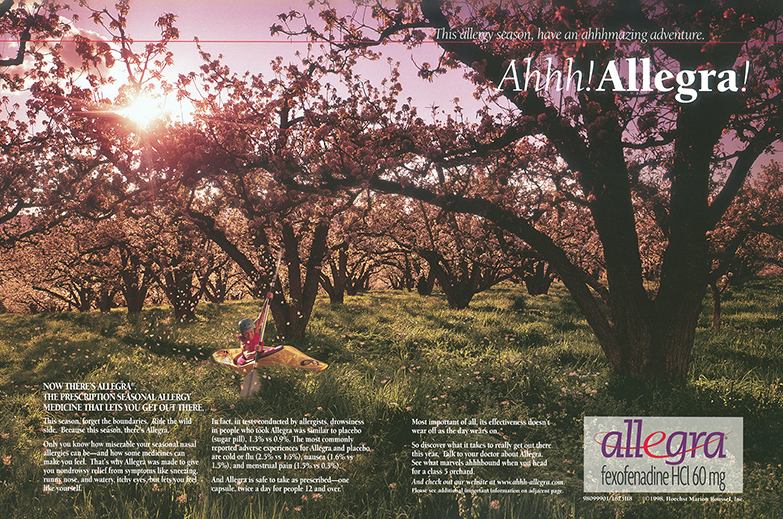 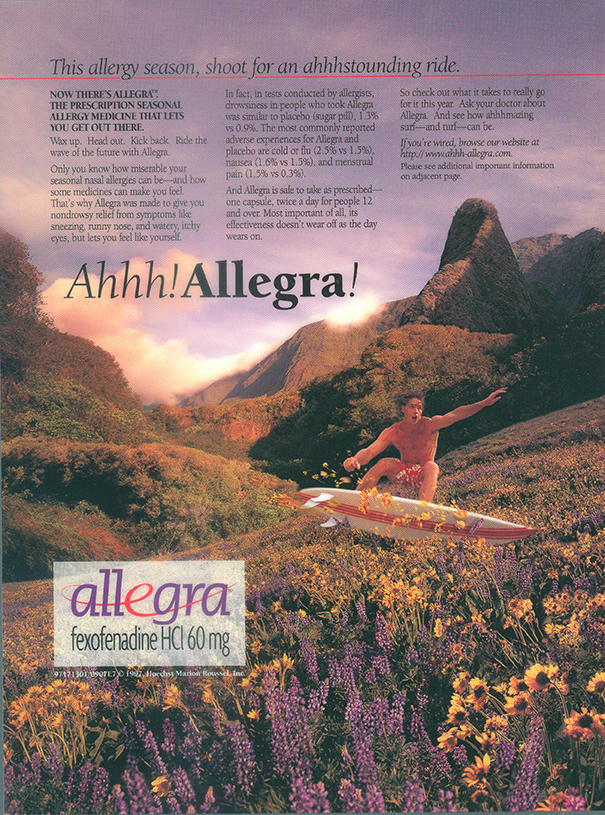 Jump into your time machine for this one. It was the dawning of DTC advertising. Claritin had a two-year jump on Allegra. A bigger budget. We were a me-too product, but effective and safe. And users were fickle. We were going to grab as much of the pie as we could—with one of the very first branded-with-indication DTC spots ever to air.

We created a compelling, never-seen-before torture-test image married to a sigh of relief that was alliterative to the brand name. Ahhh.

We persuaded our clients that we needed to make the launch creative astonishing. This was back in 1997, so try to forget how jaded we are now with CGI. Industrial Light & Magic brought the concept to life with Wheatsurfer and Meadowskier for TV. We had Star Wars’ technology of motion-control photography to match-move plates and live action that was composited later.

We were on “How’d they do that?,” pretty much every news station as a “new kind of advertising” and won the gold Mobius for each spot, among other awards. While the accompanying print would be simple to create today, it wasn’t back then.

We grabbed a very big piece of the lucrative allergy market. And today, Allegra is still going strong as an OTC.

A Truth or AFib Playing Cards