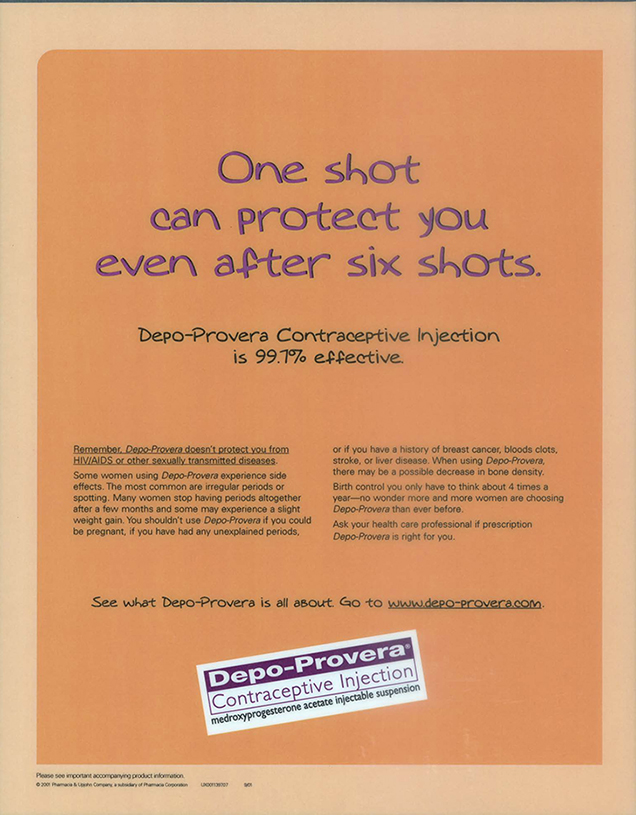 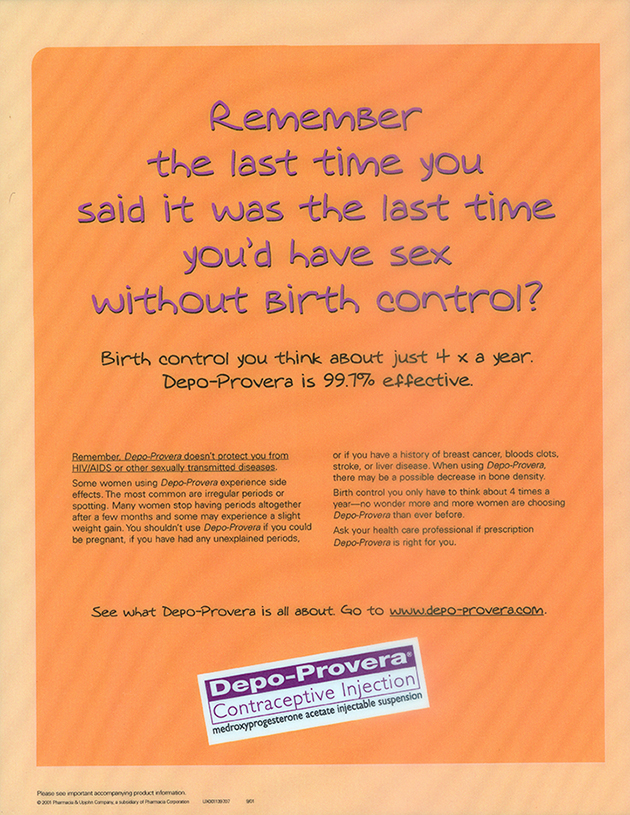 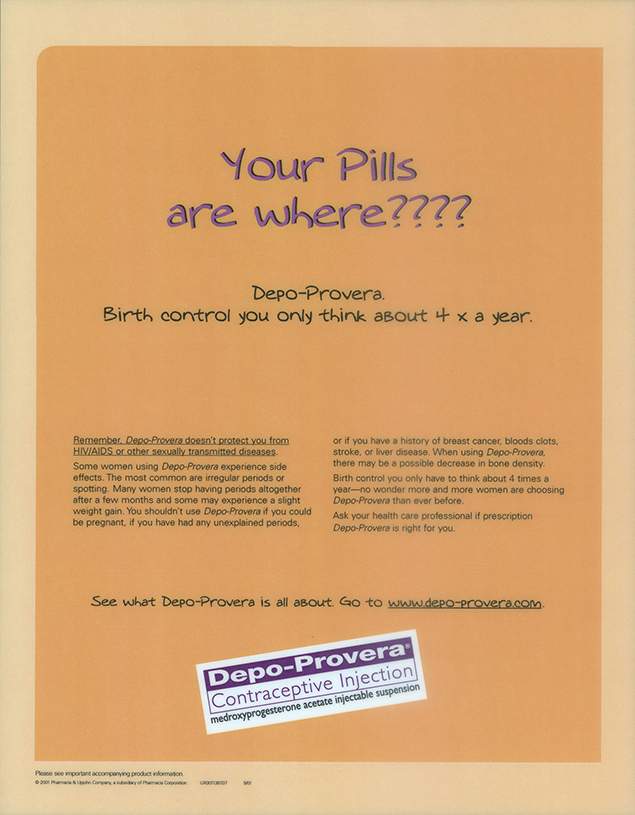 Depo’s a shot that lasts 3 months with 99.9% effectiveness. Research showed that new Pill users were most likely to space it, leaving them vulnerable. So we were looking to younger woman, collage-age.

We had a tiny budget and decided to fish where the fish are. Media was geo-targeted to big college towns. Posters-like ads were in college-area bar and movie theater women’s bathrooms. (Private. Reflective.) Oh, and late night radio. Any place or time you’re likely to have that uh-oh moment, the one you swear will never happen again. And then it does. Depo anyone?

A Truth or AFib Playing Cards